Site of the Sairakuin Hall 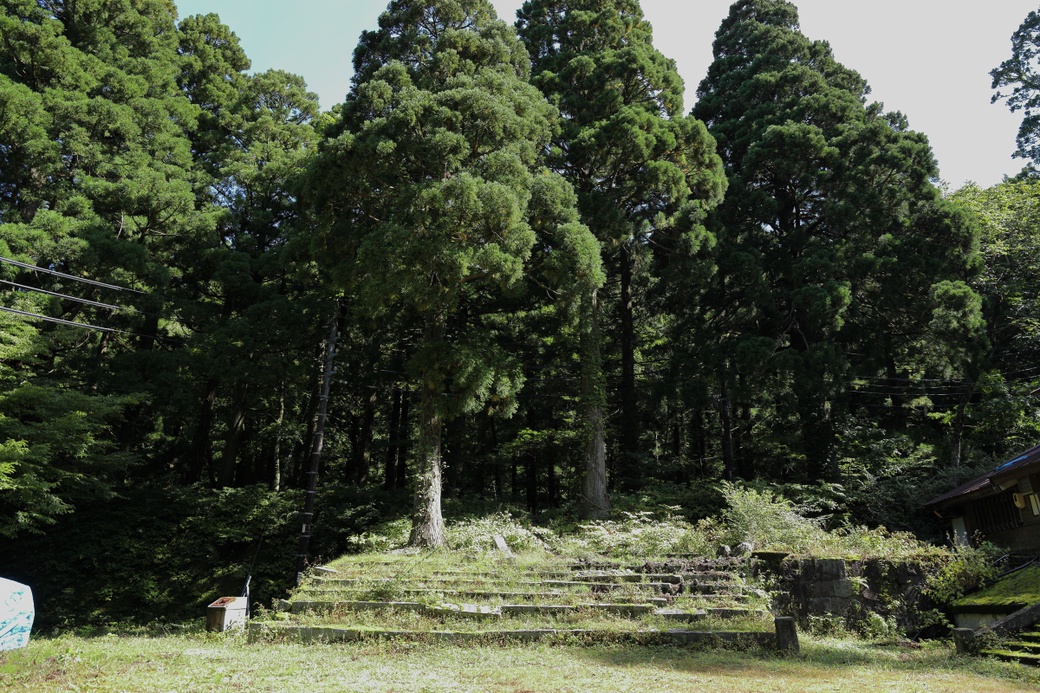 The Sairakuin Hall formerly stood in the forest behind this open space. It became the main monks’ quarters of Daisenji Temple around 1605. The building was over forty meters wide and had both a main gate and a separate gate for the clergy and samurai. The hall flourished for two and a half centuries, home to a thriving Buddhist community. It gradually declined due to political movements in the latter half of the nineteenth century.

Since ancient times Japanese spiritual culture included a syncretic mixing of Buddhist and Shinto beliefs. After the Meiji Restoration of 1868, however, the new government forced the separation of the two religions and launched a campaign to promote Shinto while destabilizing and weakening Buddhism. Temple lands were seized, and monks were forced to become Shinto priests. On September 30th, 1875, Daisenji Temple was closed and regular maintenance stopped. In the following decades the once-magnificent Sairakuin Hall slowly fell into decay.

* This English-language text was created by the Japan Tourism Agency.

* This web page was created by Japan Ministry of the Environment.