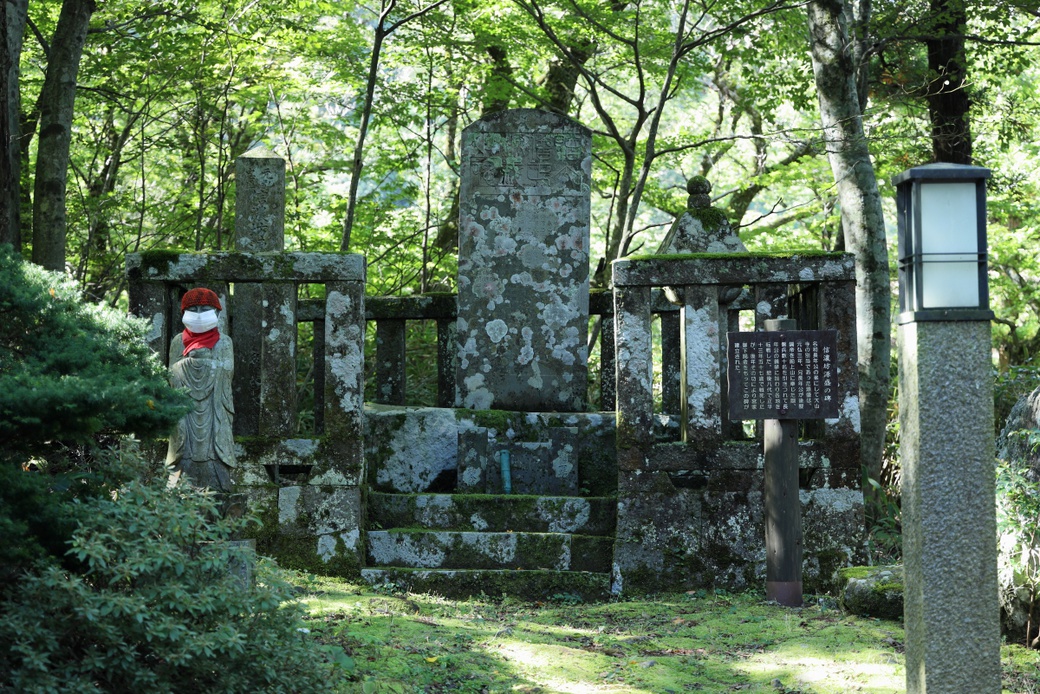 Shinanobo Gensei (?–1357) was the head priest of Daisenji Temple and the younger brother of Nawa Nagatoshi (?–1336), a fourteenth-century warlord from Hoki (present-day western Tottori Prefecture). In 1333, Nagatoshi raised an army at Mt. Senjo, and fought alongside Emperor Go-Daigo’s (1288–1339) forces in their campaign to overthrow the Kamakura shogunate (1185–1333) and restore direct imperial rule. Gensei gathered armed monks from a number of different regions to assist his brother. Emperor Go-Daigo’s restoration campaign was initially successful, but imperial rule was short lived. In 1336 the samurai regained power, with the establishment of the Muromachi shogunate (1336–1573). Military rule of Japan continued for over five centuries, until the Meiji Restoration of 1868.

Gensei passed away in 1357 in Yatsushiro, Higo (present-day Kumamoto Prefecture) at age 56. After his death, members of the imperial house commissioned this memorial stone to commemorate his contribution to the restoration campaign.

* This English-language text was created by the Japan Tourism Agency.

* This web page was created by Japan Ministry of the Environment.